Sponsors who contribute over $100 to help Barbara Garcia reach iPOP will be listed in the Program Book, which is presented to all VIP's attending

MIami, Florida, October 3, 2017 (Newswire.com) - iPOP! is the world’s leading talent event which promotes emerging talent to leading agents, managers, casting directors, and music industry professionals. Approaching their 13 year anniversary, many rising talents like Barbara Garcia aspire to strut their stripes on the show this upcoming January of 2018. With performers tumbling in from over 30 different countries, it's an event well worth seeing with a plethora of different singing, acting, and dancing styles.

Barbara Garcia, a 13 year old from Saltillo, Coahuila, Mexico, has pure ambition to make the stage at iPOP! this upcoming year. Dancing from a very young age, this prodigy looks to ignite her successful career with nothing but support from friends and family surrounding her. With the love of art instilled in Barbara's family, she was motivated to find success in things she loved to do.

We truly believe in her potential

At the age of 3, Barbara started dancing in a children's music group on a TV show call Pin Pum Clowns, which would broadcast on local TV stations throughout her childhood city. Dancing throughout elementary school led her to The U.S. in 2015, where she learned the English language and attended Attucks Middle School in Hollywood, FL.

Since her move, she's taken on cheerleading, acting and modeling alongside her dancing virtuosity. Continuously developing herself as a person, Barbara Garcia plans on taking her next big step at iPOP! Las Vegas in 2018.

BenaVest, a company donating to Barbara's goal, is willing to do a free publication (press release like this one) to any business that contributes over $200 to Barbara Garcia. "We truly believe in her potential and she is just a down right good girl that we have only known for a year and now we consider her family" said Joe Gannon, President of BenaVest Insurance Agency.

Barbara and her family are truly excited for what is to come in 2018 at the International Presentation of Performers in Las Vegas. Find out how to donate here. 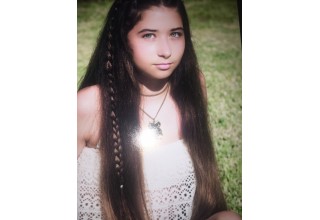