Obamacare Insurers are expanding in populated states and are aggressively priced and looking to take market share in major competitive counties like Miami-Dade, Broward, Palm Beach, Orange, Osceola, Duval and many more.

This analysis was designed to help consumers get an idea on pricing and which carriers are committed to what counties. While digesting this information, keep in mind that the order insurers are placed in is purely based on the amount of counties the carrier has qualified plans in and is not based on the pricing. We do go over pricing in some counties, but the lowest pricing is not considered in the numerical order; example: positioned Insurer #3 may have better pricing than the #1 positioned Insurer in select counties. This analysis was based on the quoting of a silver plan for a 40-year-old (silver plans have been the number one utilized metal plan on the market, as it is the only metal level that qualifies for cost-share reduction). Also, keep in mind that ACA (AKA Obamacare) is a moving puzzle and somethings may change by November 1. For accurate quotes, consumers may visit https://www.benavest.com/obamacare-office-near-me/ after November 1, once the plans are officially released on the marketplace.

Coming in second is Ambetter, which was in 26 counties in 2019 and has expanded into four new counties for 2020 marketplace coverage. They are most likely going to win the pricing battle in Polk, Brevard, Manatee, Okeechobee and a few more counties.  Ambetter is offering members up to $500.00 on a Visa rewards card that they could even use to pay their monthly premium (payment for their plan). They have also expanded their network of doctors and hospitals throughout the state of Florida.

Coming in third with 14 counties, Oscar has aggressively expanded into 10 new counties in Florida. While many ACA Insurers may be aggressive in more counties, Oscar has taken aim at the heart of ACA by possibly winning the pricing battle in the most ACA consumer saturated market in the country. That's right, Oscar may have the lowest-priced Obamacare plan in Miami-Dade County and the lowest-priced Obamacare plan in Broward County. Many are calling this new tech-savvy health insurance company "The Google of Health Care" for good reason. Oscar has created an immersible app and concierge team that aims to help insureds stay healthy, keep them up to date on their health care needs, and most importantly, helps them find doctors.

Coming in fifth with 11 counties is Molina. The four expansion counties are Clay, Orange, Pasco and Seminole. They are most likely going to win some bronze price battles throughout the state but are not as competitive in the silver bands. With their improved financials, they are expected to continue to be a major carrier for some time in Florida.

Coming in sixth is Cigna, who has had off-exchange plans in 16 counties over the past few years and have now re-entered the marketplace, expanding in two counties in the state of Florida, and will most likely have Obamacare plans​ competitively priced in Palm Beach and Collier County.

With the 2020 Obamacare Open Enrollment Period set to begin Nov. 1, 2019, the 2020 Obamacare deadline stands at Dec. 15, 2019, for 2020 coverage, leaving only 45 days to enroll in a qualified plan. Mass amounts of people have piled through the doors of BenaVest’s Obamacare offices and found themselves getting in and out with their new plans in just five to 10 minutes, enrolling with their Obamacare agents.

According to the manager of the company’s Miami Obamacare office, Monica Rodriguez, they’ve adopted the motto of “...we are going to help more people in this shorter time frame, and we know what to expect every year with the marketplace system having its difficulties. We are prepared to stay until 1 a.m. every night to help everyone get enrolled.”

Insurance agents that help people with Obamacare enrollments that are looking to get appointed with New ACA Carriers like Oscar, Bright Health, Ambetter, Molina, or Cigna may visit http://www.insureuniversity.com/contracting/. 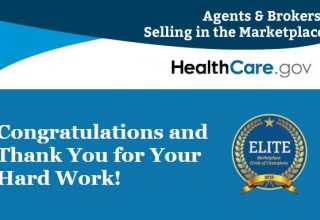 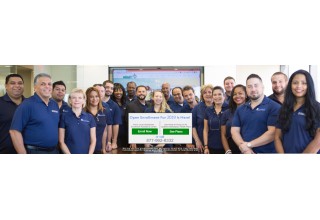